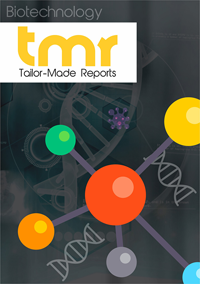 The latest research report indicates the global sterility testing market displayed an outstanding compound annual growth rate of 12.3 % over the forecast period of 2016 to 2021.

The professional survey report informs that the global sterility testing market was evaluated at US$ 528 million in the base year of the study i.e. 2016.

It also explains that the global sterility testing market surpassed the industry evaluation of US$ 941 million by the end of the forecast period i.e. in 2021.

The solutions offered by the manufacturers and players are used to detect the presence as well as absence of viable microorganisms that are capable of multiplying and developing under conditions perceived as favourable.

The increasing usage of the solutions in the global sterility testing market by players operating in various domains, such as medical device manufacturing and development, biotechnology, and pharmaceutical for quality checking of raw materials is driving the growth in the industry.

The products and solutions in the global sterility testing market are also used for final and bulk drug product testing as well as for testing of raw materials and cell banks.

The rising number of new drug launches are driving the demand within the global sterility testing market.

The process of ensuring sterility is extremely harsh for active ingredients. In a bid to ascertain that the sterility test has been done correctly and is valid, bacteriostasis and fungistasis testing are conducted.

Confirmation of the presence of antimicrobial characteristics in a test article is done through sterility testing.

Sterility testing needs to be carried out in an environment of clean room or through the procedure of direct inoculation or with the help of an isolator utilizing the procedure of membrane filtration.

Sterility testing is considered extremely considered crucial for tissue materials, preparations, pharmaceuticals, and medical devices, which drives the global sterility testing market over the period of forecast. These products need to be completely sterile due to the nature of their use.

The global sterility testing market is dominated by North America and Europe, where rise in the number of approvals for drugs are expected to fuel the market.

Sterility testing discovers application for use on cell banks, raw materials, and final medication offerings. Besides, it is additionally utilized for testing different preparations, articles, and substances which require to be made sterile according to the laws by the United States Pharmacopeia (USP) and European Pharmacopeia (EP). All natural parenteral preparations made for human usage, experience sterility testing to reveal the nonappearance or nearness of superfluous suitable microorganisms with tainting ability. Sterility tests can be executed in a an isolator or a cleanroom surrounding utilizing direct inoculation or membrane filtration techniques. The approval of a sterility test is performed with the assistance of bacteriostasis and fungistasis testing. The testing additionally checks for the presence of any antimicrobial property inside a test article that would hinder the discovery of microbial living beings amid a sterility examination.

Among the many factors regarded in charge of driving the development of the world sterility testing market could be the increase in the launch of new medications, rising innovative work activities in life science, and substantial amplification of the biotechnology and pharmaceutical industries. Owing to great development observed in the biotech and pharma divisions, by application, the organic and pharmaceutical manufacturing market had gained a huge amount share in year 2016. Around the same time, the membrane filtration market by test had gained huge share due to rapid development in the biotechnology and pharmaceutical end-use areas. Because of the propelling slant toward kit-based testing and repeat purchase prerequisite, the market for reagents and units is foreseen to gain a noteworthy share within the forecast period from 2017 to 2025.

Sterility testing finds application for use on raw materials, cell banks, and final drug offerings. However, it is also used for testing various articles, preparations, and substances which are needed to be made sterile as per the laws penned down by the European Pharmacopoeia (EP) and United States Pharmacopoeia (USP). All biological parenteral preparations formulated for human use undergo sterility testing for the purpose of revealing the absence or presence of extraneous viable microorganisms with contamination capability. Sterility tests can be executed in a cleanroom environment or an isolator using membrane filtration or direct inoculation methods.

The validation of a sterility test is performed with the help of bacteriostasis and fungistasis testing. The testing also helps to check for the presence of any antimicrobial property within a test article that would impede the discovery of microbial organisms during a sterility examination.

Some of the top factors deemed responsible for driving the growth of the world sterility testing market could be the rising research and development activities in life science, surge in the launch of new drugs, and tangible magnification of the biotechnology and pharmaceutical sectors.

On account of the impressive growth witnessed in the biotech and pharma sectors, by application, the biological and pharmaceutical manufacturing market had acquired a mammoth share in 2016. In the same year, the membrane filtration market by test had secured a king-sized share on the back of the swift growth earned by the biotechnology and pharmaceutical end-use sectors. Due to the advancing inclination toward kit-based testing and repeat purchase requirement, the market for kits and reagents is anticipated to win a significant share by the end of the forecast period 2017 - 2025.

The international sterility testing market is expected to reward Asia Pacific as a region with a higher growth rate, owing to the ballooning trend of pharmaceutical outsourcing to countries such as China and India. The success of Asia Pacific could also be attributed to the multiplying outlay on life science research. Nonetheless, North America could be a dominating geographical segment in the market followed by Rest of the World and Europe. The enlarging count of drug approvals in North America is predicted to set the tone of the regional market for sterility testing.

New entrants in the worldwide sterility testing market are prognosticated to face challenges because of the high degree of consolidation witnessed. Besides this, long-delayed approval procedures and stiff regulatory frameworks could be the other deterrents in the market. However, developing geographies such as Asia Pacific and the elevating level of pharmaceutical outsourcing are prophesied to help players tackle the challenges in the market. Thermo Fisher Scientific, Inc., WuXi AppTec, Sartorius AG, SGS SA, bioMérieux SA, Charles River Laboratories International, Inc., and Merck KgaA are some of the exceptional companies operating in the market.

The reports at TMR Research provide qualitative solutions that break the barriers of doubt or uncertainties when the stakeholders plan to expand their growth reach. The researchers compile the necessary information that enlightens the CXOs about the current growth opportunities in a specific market and enables them to make the most of the opportunities.

TMR Research is a leader in developing well-researched reports. The expertise of the researchers at TMR Research makes the report stand out from others. TMR Research reports help the stakeholders and CXOs make impactful decisions through a unique blend of innovation and analytical thinking. The use of innovation and analytical thinking while structuring a report assures complete and ideal information of the current status of the market to the stakeholders.

TMR Research has rich experience in developing state-of-the-art reports for a wide array of markets and sectors. The brilliance of the experts at TMR Research and their alacrity to conduct thorough research and create phenomenal reports makes TMR Research better than others.

Along with studying the opportunities necessary for growth, threats are also an important aspect to look upon for the companies and stakeholders in a specific sector. TMR Research studies every negative aspect that will hinder the growth of a specific area of business and includes it in the report. The stakeholders and CXOs will have the benefit of assessing the threat and take the necessary steps to prevent the hindrance caused due to the threats.

Keeping up with the latest trends is crucial in any business or sector. While stakeholders are aware of the trends that are on the surface, TMR Researchers find trends that are deeply entrenched in the particular market or sector. The reports are constantly updated with the latest trends so that the stakeholders and CXOs can derive benefits from the trends and generate good revenues.

Demography forms an important part of the growth pattern of all the markets. Diving deep into the demographics enables maximum output from specific areas. The TMR Research team assesses every region and picks out the vital points that have a large impact on the growth of a market.

The analysts at TMR Research conduct an all-round analysis on the competitive landscape of the market. The observations recorded by the analysts are added to the reports so that every stakeholder gets a glimpse of the competitive scenario and frame their business plans according to the situation.

The COVID-19 outbreak has changed the growth projections of numerous sectors and businesses. The analysts at TMR Research have conducted a conscientious survey on the markets after the pandemic struck. The analysts have put forth their brilliant and well-researched opinions in the report. The opinions will help the stakeholders to plan their strategy accordingly.

Reports by TMR Research are available at a discounted rate for:

For additional information on our pricing strategies, feel free to get in touch with our team